Every year when the temperatures drop but I still do not feel like it is cold enough for a jacket or a coat there comes the gilet. It is a smart way of adding a warm layer. I like to wear it especially on top of the blazer. Example of a gilet being worn under a blazer below. 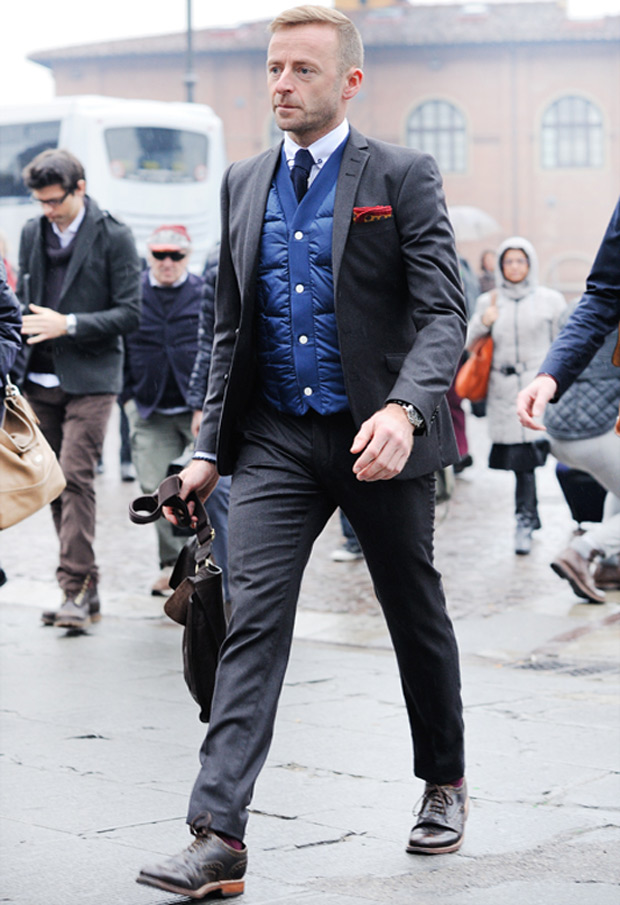 Most brands show gilets as a separate piece but I would advice to wear it over a jacket instead. When it is light and thin enough you can use one like this from Uniqlo and wear under the jacket or coat. It this post I wanted to focus on a quilted or similar version of the gilet which protects you from wind. The pique version is much more smart than the plain one, which you could only get away with wearing in the country side, I think.

Gilets are generally shorter than your jacket but don’t worry about it. As long as it is not excessively short, i.e. shorter than your waist, then you’re fine. It is a smart casual garment and its purpose is strictly practical.

I’ve looked over the internet and here are few examples of particularly nice men gilets. There are many options out there, Belstaff offers many different colours while Barbour probably most style variety. Navy is the classic version but for me the most interesting one is Dark Green which I find goes well with as many colours as Navy. Have a look below.

Gant – a nice option from Gant made of polyester and wool blend. Gant actually looks like a fan of a gilet over the coat so I apparently am not the single supporter of this look. 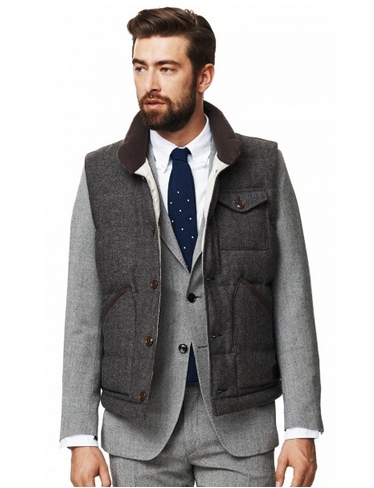 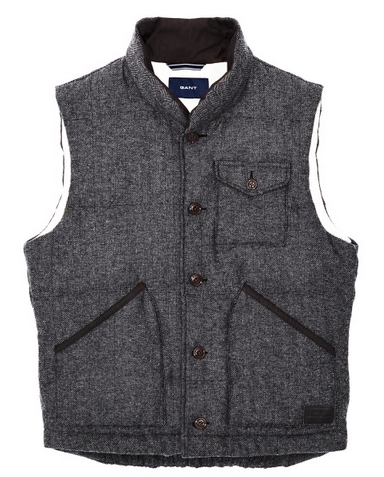 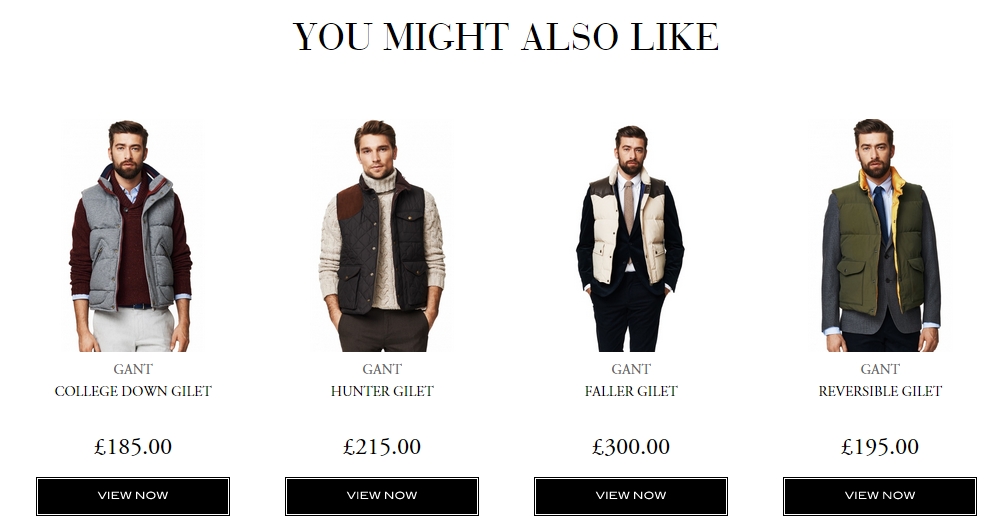 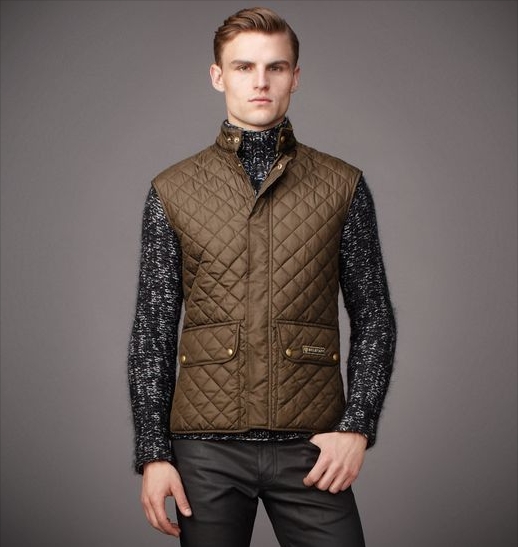 M&S – nice and cheap version for those on a budget 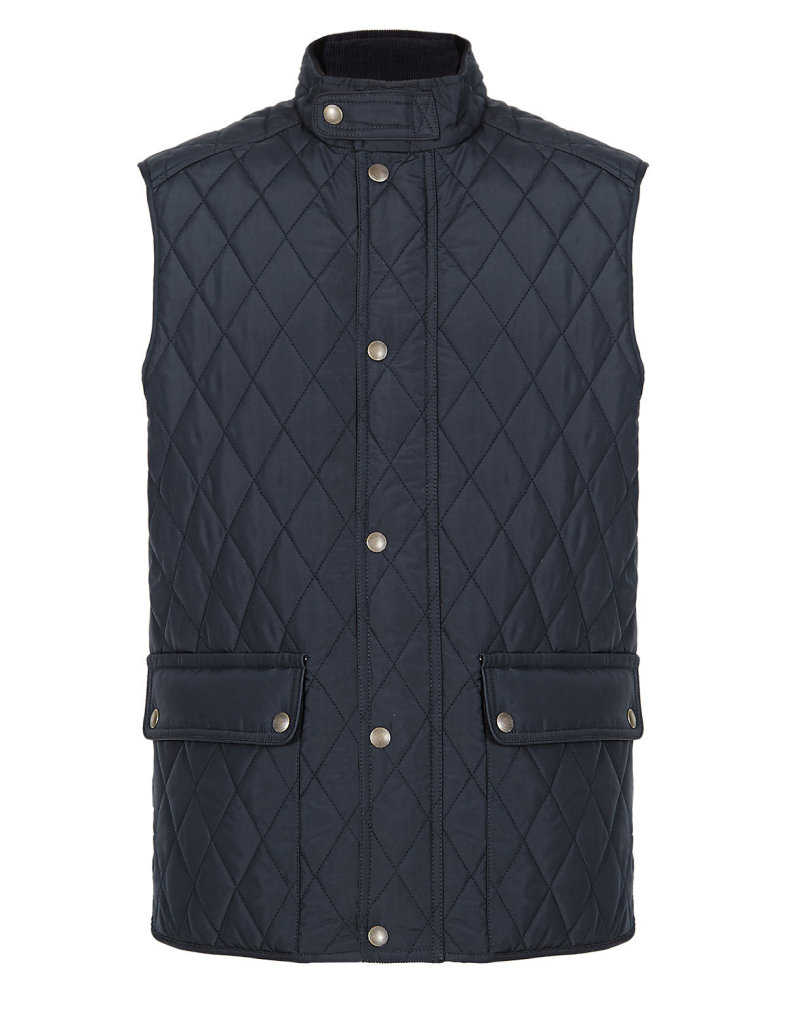 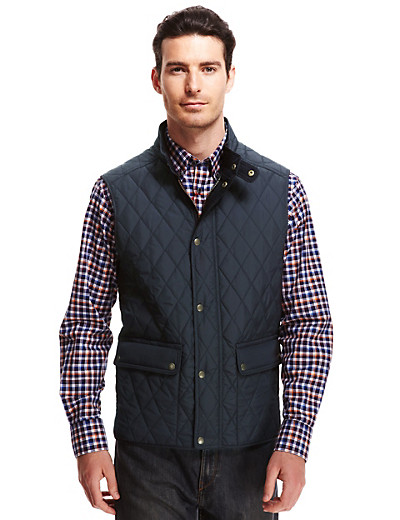 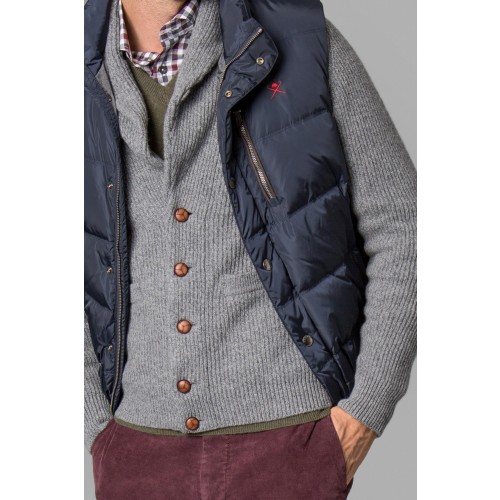 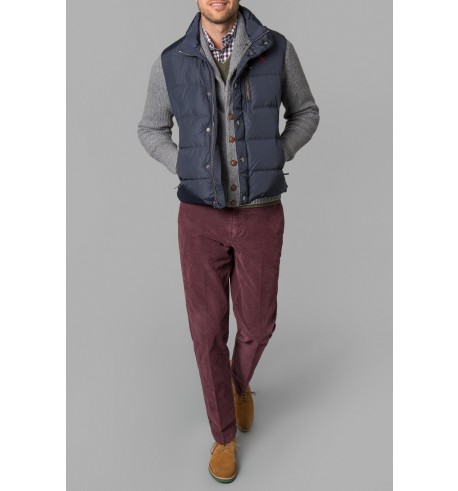 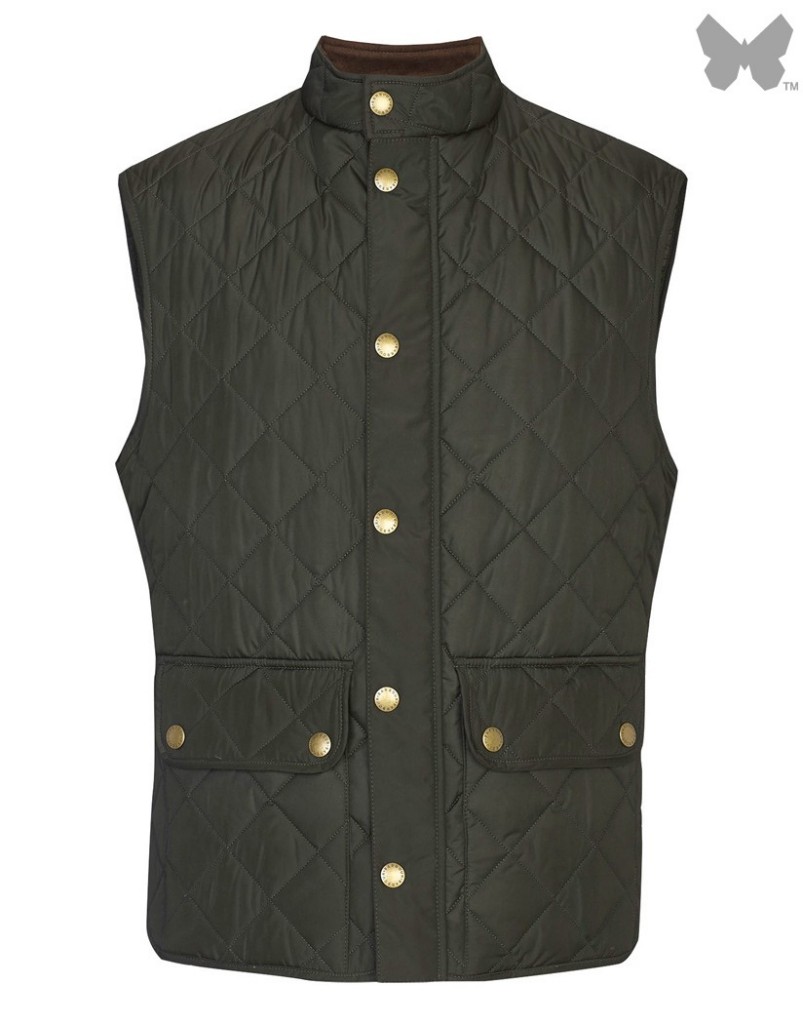 Many interesting options fabric-wise are available from Mr Porter. Few examples of men gilets below 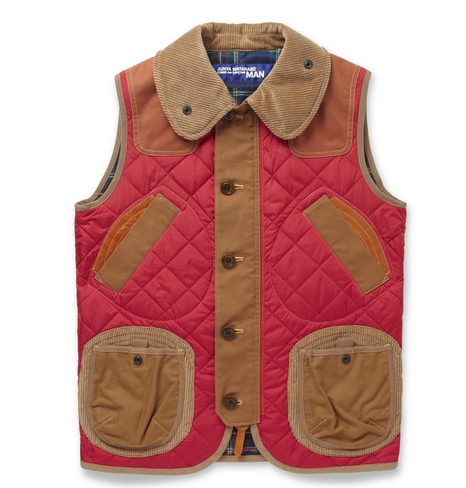 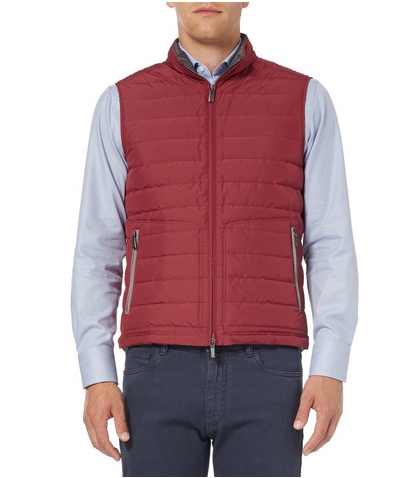 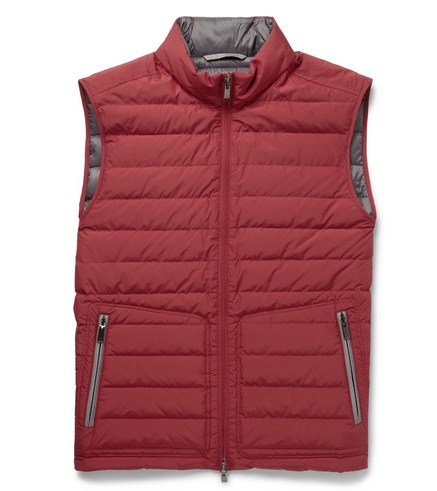 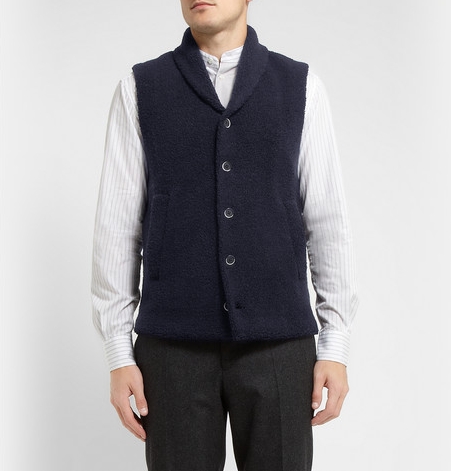 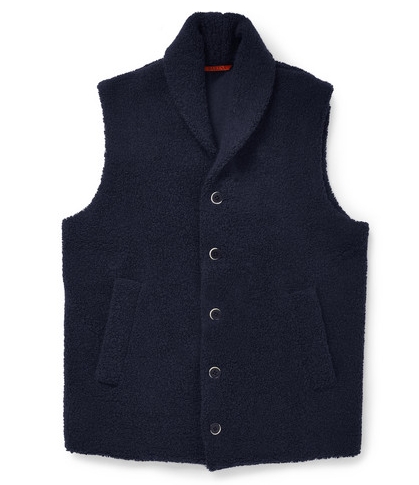 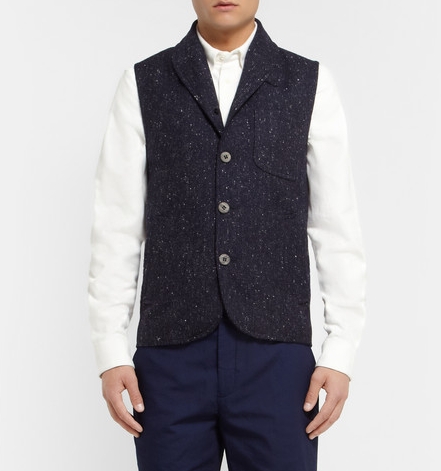 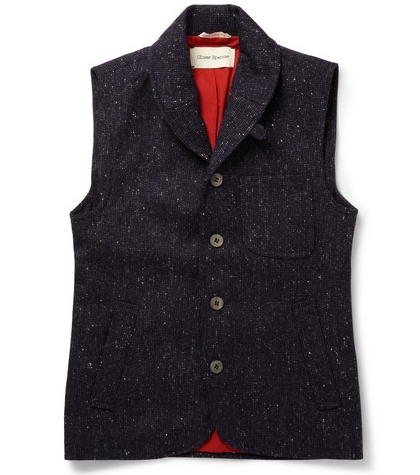 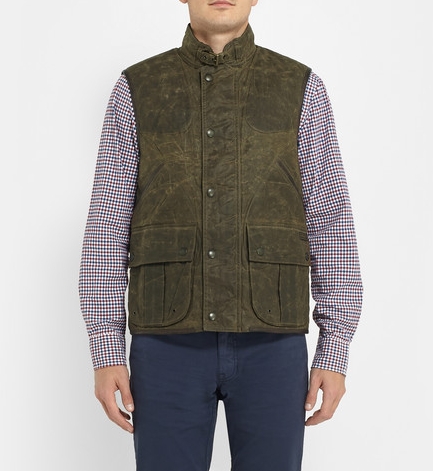 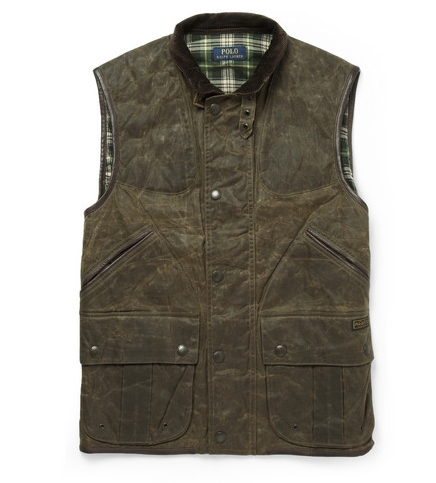 If you like what I do here please consider following me on Facebook. You will find more of my inspirations on Tumblr and a little bit of everyday life on Instagram.