Strict Standards: Declaration of FDX_Widget_search::form() should be compatible with WP_Widget::form($instance) in /home/kse7vnzmdnok/public_html/wp-content/plugins/wp-twitter/modules/class-p2.php on line 0
 Pitti 87 - part 2 - Norman Vilalta shoes and Stefano Bemer event 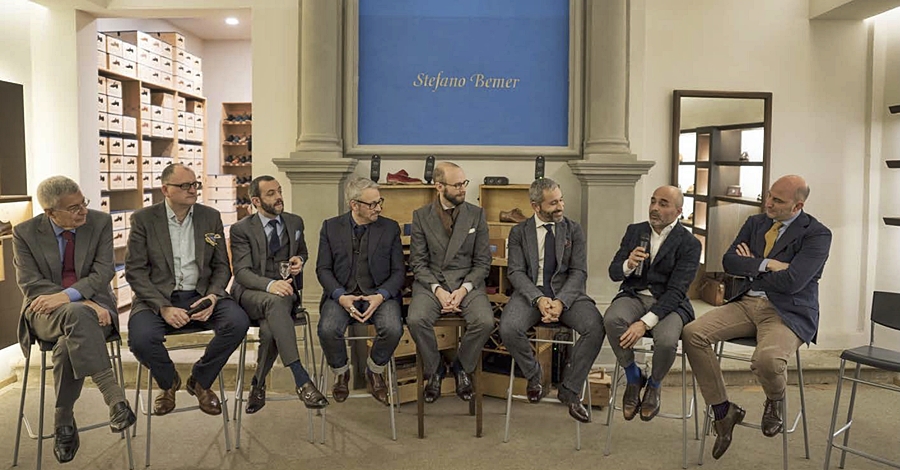 Day 2 was very difficult, probably for everyone at Pitti. It was Wednesday so the day after the first night out. It was quite obvious that people had good fun the night before as the fair was relatively empty by midday. The ones who arrived, either for work or just because they were very keen to experience Pitti as much as they could were clearly on a hangover. 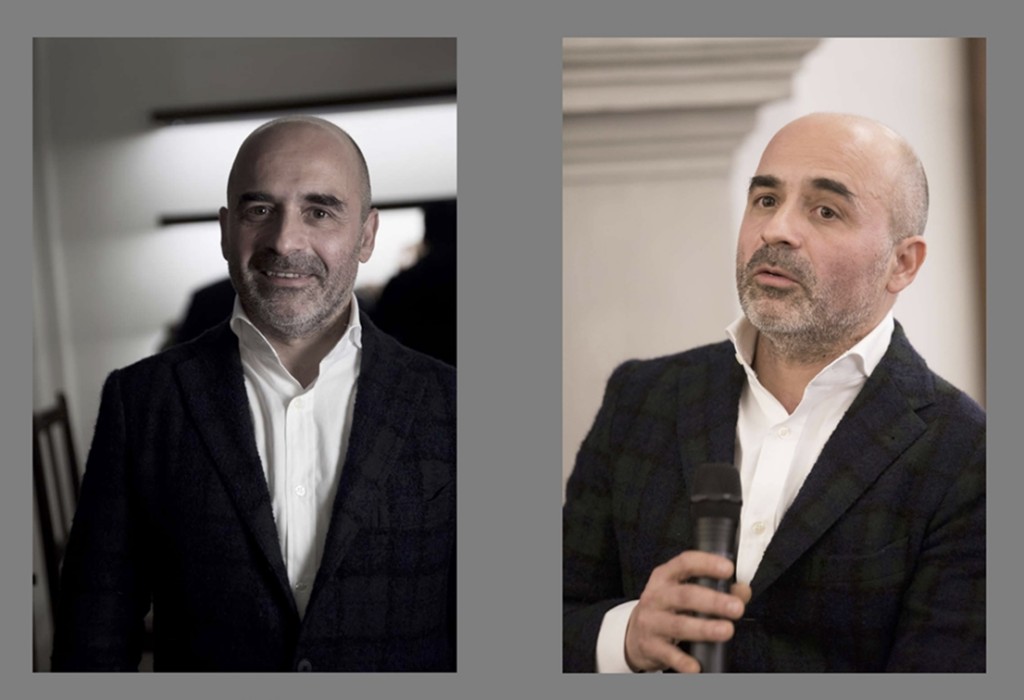 For me it was a busy morning as I forgot to change time on my phone and discovered it way too late. Had to rush for the first meeting that day but all turn out ok. I met Spanish shoemaker Norman Vilalta on a top floor of Porta Rossa hotel with a beautiful view all over Florence. Norman joked that people coming there looked at Duomo Cathedral first and then finally at his shoes :). One of the first things that Norman said was that he is an artisan and not a shoemaker. After you talked to him for a few minutes you realized that was 100% true because he is passionate about beauty and being creative  as no one else.

After leaving his life as a lawyer in Argentina, Norman went to Europe and trained under Master shoemakers, Stefano Bemer among them. Heis mainly an artisan/bespoke shoemaker but recently introduced a new RTW collection of shoes called ‘No. 5’. It is named after the address of his workshop in Barcelona. Looking at Normans designs it might be quite surprising but the collection is rather on the classic side and presents artistic version of classic models but expressed with personal touch and a bit of asymmetry. Asymmetry is something Norman is very proud of. He has unbelievably good eye for details and beautiful, stylish line of a shoe. He talks about details I could probably never seen before and this is what really strikes you. Because Norman studied bespoke shoemaking he knows the craft and is heavily involved in the making of the shoes in the factory too.

The second collection I have been able to see was the ‘Savile Row Meets Rock ‘N’ Roll’ one. These shoes are a mix of classic, standard models with elements which you wouldn’t necessary expect to be mixed with, i.e. like thicker rubber soles or combo of derby and chukka boot. Norman definitely pushes the boundaries of classic shoemaking further away by creating and constantly designing interesting shoes.

If you want to visit Norman Vilalta atelier in Barcelona and I highly recommend that you do so, you can find it on the map below.

I am often being asked about details of tanneries and prices so please find few notes below:

It was a special evening that day. Stefano Bemer together with Simon Crompton from Permanent Style blog and BeSpoke Magazine organized an event called ‘BeShoes’ – more on that on Simon’s blog here. Everything started with a symposium which involved some of the best shoemakers in the world (Cleverley, Gaziano&Girling, Foster and Son, Corthray, Bestetti, Saint Crispin’s and Stefano Bemer)  and then we headed to a amazing place called Villa Cora located at the hills around Florence.

First there was a symposium during which Simon asked shoemakers questions about the craft, future of bespoke, relation between RTW and bespoke as well as more personal things like favourite part of the shoe. Everyone seemed to enjoy the event. I think it was very interesting to see all those makers in ‘one room’ chatting to each other and praise each others work. There were shoes from all shoemakers presented as well. The evening was not limited to people from shoemaking industry though. Luca Rubinacci, Edward Sexton or Nicola Ricci were all invited and joined the evening to praise the craft with others. It was great opportunity to meet those great artisans who in general, I haven’t met all of them, are very much down to earth and kind persons.

Some pictures from the symposium and after party below:

Guests have been taken from the Stefano Bemer store to the Villa Cora by a brand called Giugiaro, who provided the event with few cars. Some were lucky to be driven by this red beauty..

This concludes the Part 2 post. I will write more on the brands I’ve seen and like in the Part 3. I’m planning to make a Part 4 about my thoughts on Pitti in general and post pictures of streetstyle I like most.
Make sure you check Pitti 87 Part 1 and its gallery.

All photos courtesy of Stefano Bemer and Norman Vilalta.