Strict Standards: Declaration of FDX_Widget_search::form() should be compatible with WP_Widget::form($instance) in /home/kse7vnzmdnok/public_html/wp-content/plugins/wp-twitter/modules/class-p2.php on line 0
 Yanko shoes - quality from Mallorca - Blue loafers

More and more of you know all the quality shoe brands that exist nowadays, Yanko being one of them. Not as well-known as its Spanish “sisters” Carmina and Meermin yet but definitely producing shoes of top quality too.

Today I would like to tell you a story of Yanko and what its relationship with Meermin and Carmina is – often misunderstood and confused.

It all started in the island of Mallorca, Spain, in 1961 when Yanko has been started. It was not however the date when the shoemaking industry started in Mallorca. It was back in 1866 when Matias Pujadas opened his shoemaking workshop in Inca. Then, about 40 years later, his son Mateo opened one of the first factories in the Balearic Islands specialising in what is today a famous goodyear welted method of making shoes.

Mateo had 4 children, one of which was Magdalena Pujadas. Magdalena was the chef of stitching in their factory in Inca. One of her children was Jose Albaladejo Pujadas who actually founded Yanko in 1961 and thanks to that few other very well known brands followed many years later – Carmina and Meermin. This is very interesting considering that Yanko has been founded much earlier and was the first and one of the biggest shoe brands of its generation. 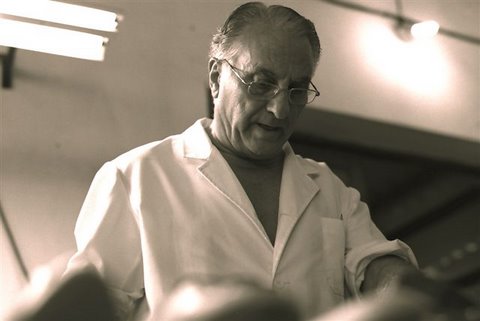 Jose started a training in Florence as a young men and then following his grandfather footsteps founded his own brand – Yanko. At first it was only a small family business but then turned into big shoe company. Jose worked as a pattern maker, designer and businessman. At one point Yanko was producing over a 1 million pair of shoes! Then in the late 90’s because of a drop in luxury footwear demand and the expansion of Chinese production capabilities Yanko got into troubles and was sold. Jose Albaladejo Pujadas got out of Yanko and together with his wife and children created a new brand in 1997, initially called Albaladejo, later renamed to Carmina. Name was chosen after Jose’s wife and youngest daughter, both named Carmina.

After selling Yanko in 1997, the company was in financial troubles again in 2005 when it had to declare bankruptcy. Here comes the current owner of Yanko, Mr Antonio Llobera, who purchased the company in 2007 together with a team of partners. So, to make it clear, there is no relation to the Albaladejo family anymore apart from its name whatsoever.

Currently Yanko is being developed into one of the major European brands to gain the exposure and prestige it once had. It continues to expand and not only sells shoes on different continents through stores (Patine in Poland or Skolyx in Sweden amongst others) but also online on its own website.

Yanko is a big supporter and promoter of “Made in Spain” shoes. It produces all of its shoes in the factory in Mallorca using the same technic and skills of master craftsman as it did years ago. Antonio – Toni, is proudly presenting a “Made in Spain” stamp on his Yanko shoes demonstrating how important it is for the production to stay locally in Mallorca. In this way both Mallorca and Spain are an integral part of Yanko brand.

Below you can see a video of a pair of my double monks in Testa de Moro colour that I got from Patine store in Poland. Hope this story of Yanko shoes was useful and that you like the shoes. Enjoy!