Its only been two days in the office so I feel like I was at Pitti yesterday. For a person who have not been there before it was quite overwhelming and very exciting event.

We arrived on Tuesday afternoon in Pisa, took a bus to Florence and had a 20min walk with all our bags to the hotel. The flight from London was rather short, only 1h50 which really seemed like not too long. By the time you noticed that we were in the air you had your tea and we were flying over Alps. 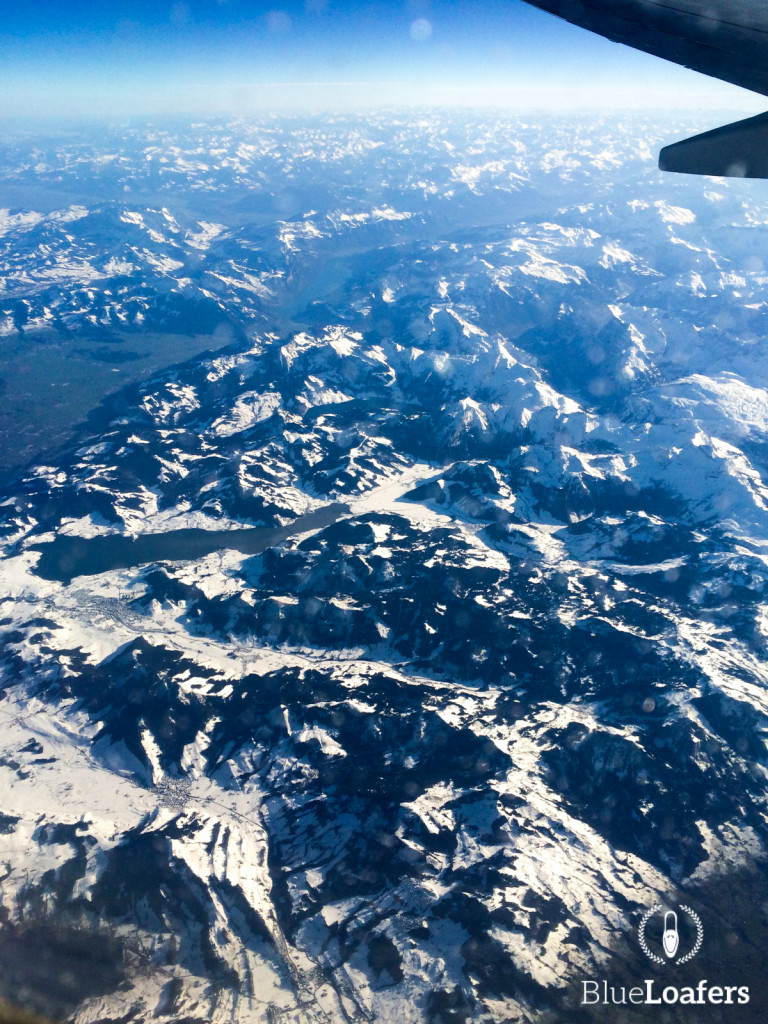 It was maybe 2pm in the afternoon when we arrived so we were rushing to make it to Fortezza da Basso before sunset. On our way there, we briefly stopped at Gutteridge to get a couple of shirts – straight to Pitti from there. Finally! Gutteridge is an amazingly affordable menswear store in Florence, they have many other stores and outlets in Italy, where during sales sport coats cost 69€ and suits €99. It might not be up to Suitsupply standard in terms of quality but believe me design wise those garments were beautiful. A friend of mine has at least few blazers from them and they look very good.

For Pitti, I registered as Blogger and decided to have my Pitti pass delivered to the registration desk. It seems like Pitti really cares about ‘press’ people (more on that later). Everything was rather clearly described and people were friendly and willing to help. Taking the size of the venue into account I must say I was lost at the beginning. Literally didnt know which way to go first. It all became much clearer when after a short walk I made it to the main square. It actually is not even that big but the main building of the fair is just behind it. Very characteristic point on Pitti map, you can see it on the photo below – it has wooden facade and a balcony. You know, where all the photographers wait for the Pitti celebrieties to arrive and take shots of them. Quick note on the famous small stone wall – blimey, it is so uncomfortable to sit on it! 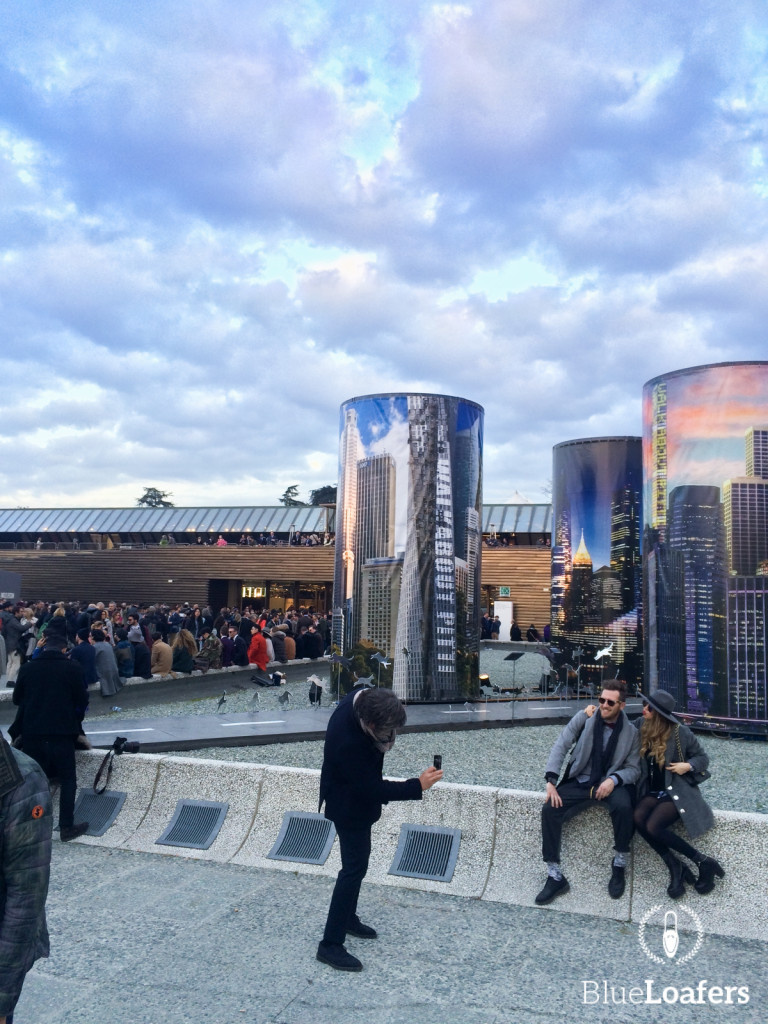 This photo was taken late in the afternoon so people were starting to leave and head back to their hotels/restaurants for dinner. Another explanation I guess is that everyone wanted to catch the last minutes of a sunlight that day :).

The trade show is enormous and the number of people there is amazing. This year, according to the official website, approximately 24000 buyers from around the world visited Pitti, 35000 visitors in total. It is a 15% increase in the number of attendees compared to last year winter edition. On the other side, there were nearly 1200 exhibitors, including the womenswear part of the fair. 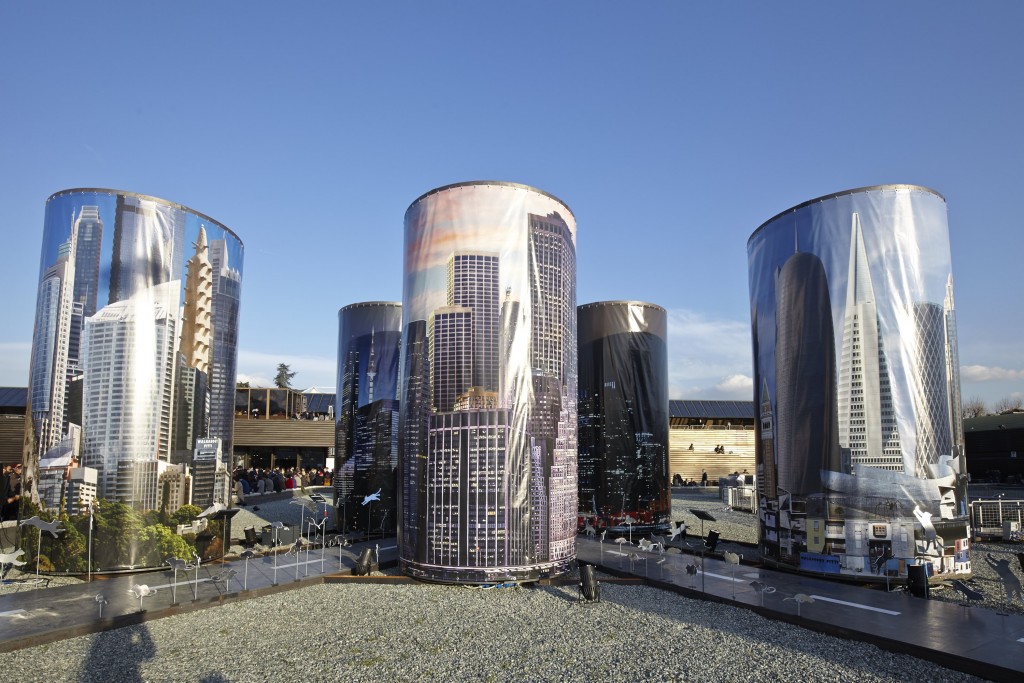 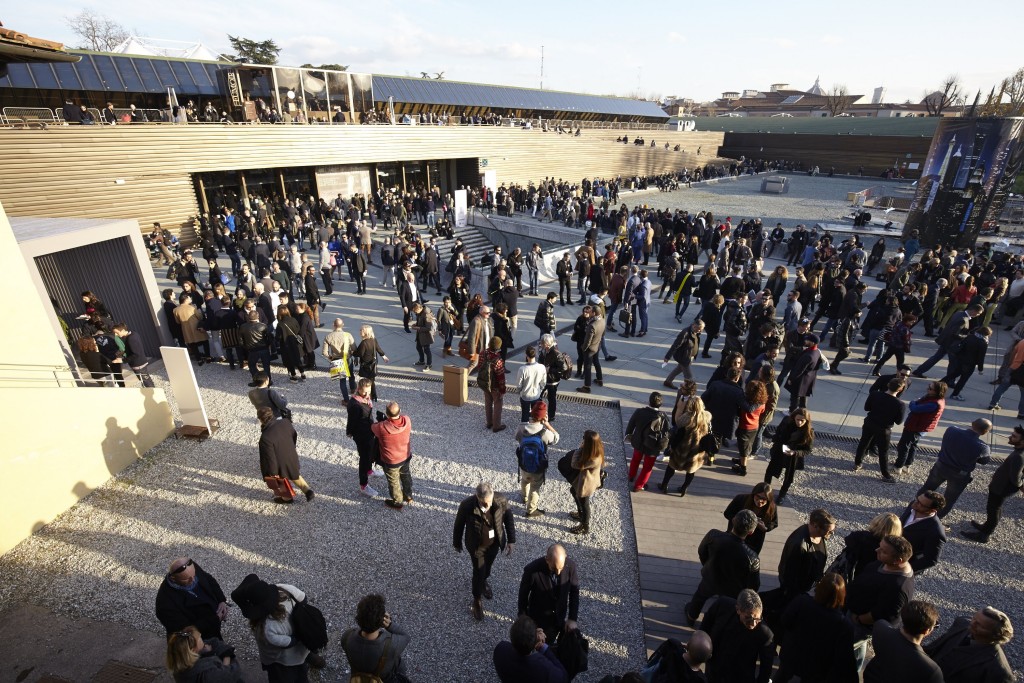 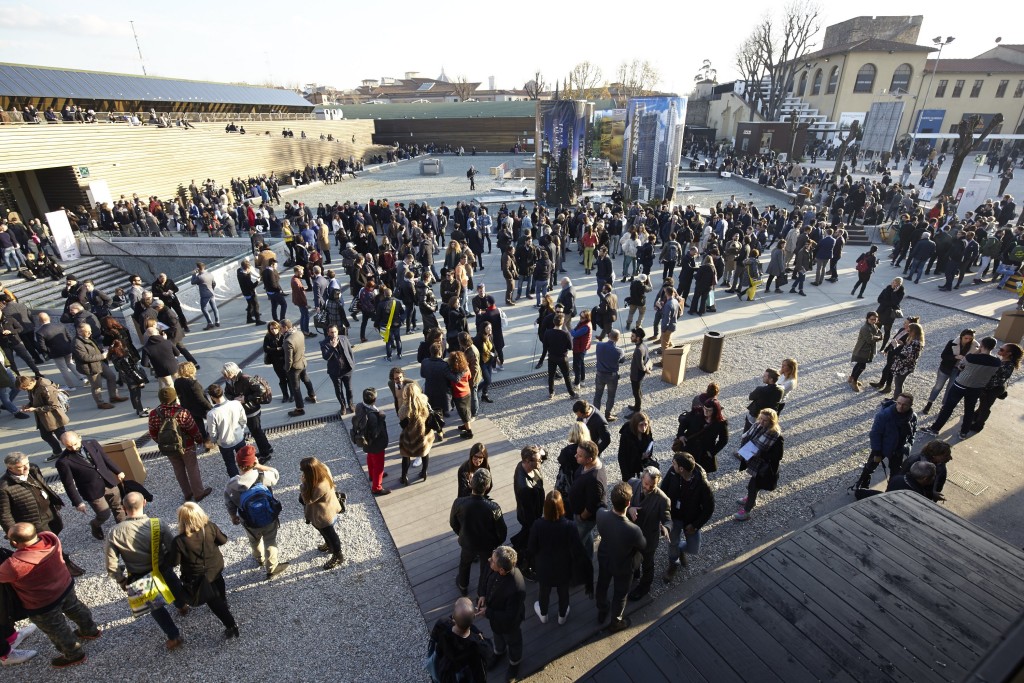 Maybe a little more on that later too. First the outfit from day 1. Unfortunately there was no photographer with me but few friends have been kind enough to take photos of me. That one is by Lee Osborn from the blog Sartorialee. Here we go then: 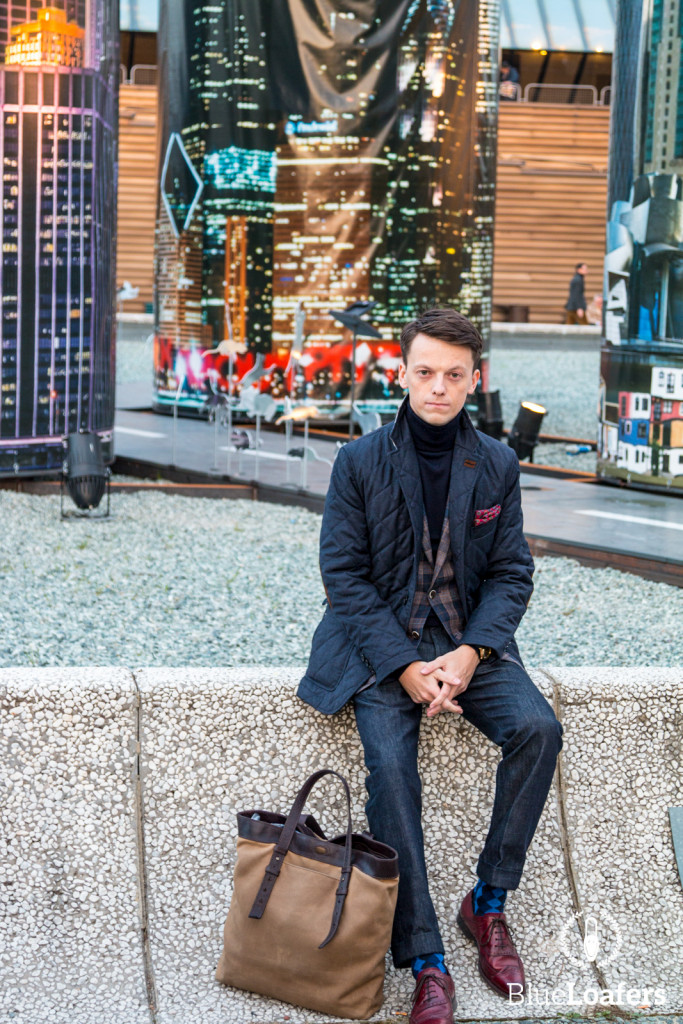 It was definitely a more casual outfit with the comfort in mind rather than elegance. Shoes, quilted jacket and blazer added some degree of elegance but denim trousers, turtle neck and tote bag made it back more casual. I looked tired, sorry about that. We got up at 4 that day and as it turn out it was not the end of it.. 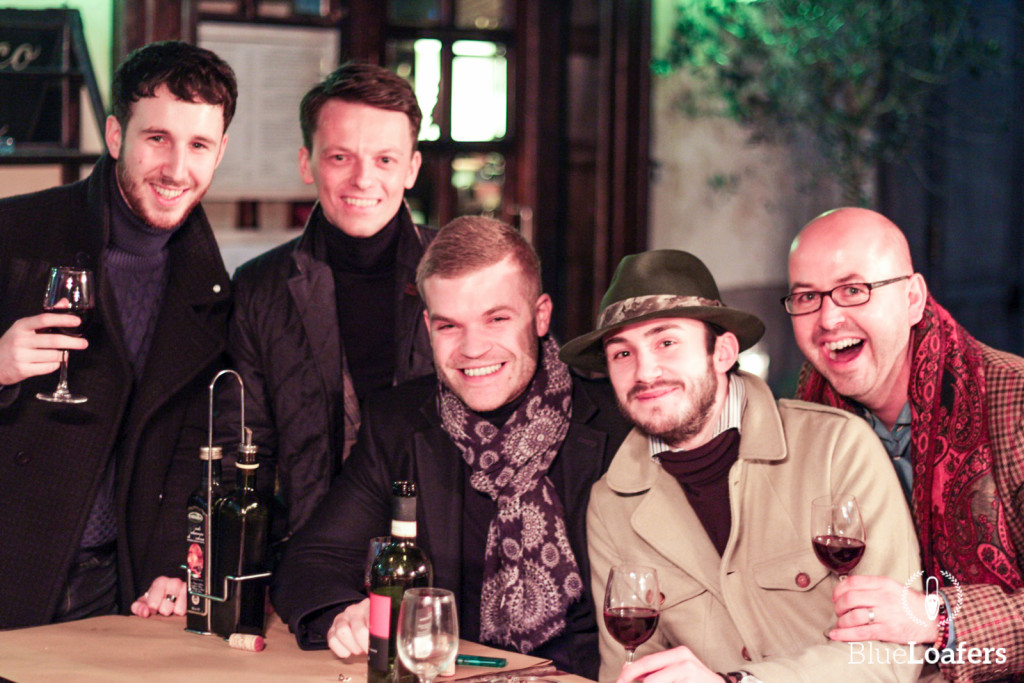 We went for an Italian dinner with some English friends. This is the part that is as important as visiting the stands of brands during the show. Having good fun and networking in a group of people with similar interests in clothes and menswear industry. We also met very interesting Spanish gentleman and his daughter who have been so hilarious that almost made us cry.

It was a long day but it was just the beginning. Day 2 post will follow. Stay tuned.

All photos not marked with my logo are from the official website of the fair http://www.pittimmagine.com/en/corporate/fairs/uomo.html